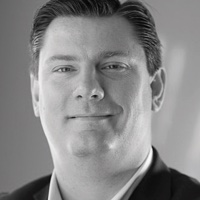 Mr. Skinner is the Chief Executive Officer of Rainmaker Worldwide, a senior executive, and serial entrepreneur who has built, operated and sold over 20 companies in a variety of sectors including green energy, software, hardware technology and entertainment.

Michael also expanded the Innovation Cluster in 2016, which drove more than 25 million in economic impact between 2016 – 2019 in the Canadian region of Peterborough Kawartha.  The Innovation Cluster supports early stage companies in the technology, cleantech, healthcare and advanced agriculture sectors.  In part due to the advocacy of the Innovation Cluster, Peterborough Kawartha was recognized as one of the best regions in the country for Innovative Water Technology Start-ups by Water Canada.  Additionally, Michael is the Advisory Board Chair for the Centre for Advancement of Water and Wastewater Technologies (CAWT), an internationally recognized water and wastewater research institution.

Locally, Michael is a community builder and was the 2011 Peterborough Chamber of Commerce Business Citizen of the Year. He is also on Peterborough’s 20 Most Influential People list from 2015-2018 as well as a 2017 inductee into the Junior Achievement Peterborough, Business Hall of Fame.  Michael was also the Federal Conservative Candidate for the riding of Peterborough Kawartha in 2015 and 2019.