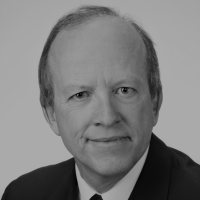 James Ross is a senior finance professional and entrepreneur, focusing primarily on Environmental, Renewable Energy and Technology companies. He has a proven track record in Mergers and Acquisitions and Corporate finance.

Mr. Ross has been a Director and Chief Financial Officer of both public and private companies, in the telecommunications, power, IT and recycling industries, including operations in Asia and the Americas. His past executive positions include President and Co-Founder, Northstone Power, and Vice President Finance, Westlock – Algonquin Power. Mr. Ross was also Chief Financial Officer of Daxxes Corporation, an IT firm with primary operations in India, Beijing and the United States, employing 500 people.

Mr. Ross is a Partner in Sage Stone, whose Principals have developed, financed, and transacted on over five billion dollars in renewable energy and power projects. Sage Stone has also acted as advisor for several large energy companies in acquisitions and divestitures, project finance and strategy.

Mr. Ross has an MBA from York University and B. Env. from the University of Waterloo.