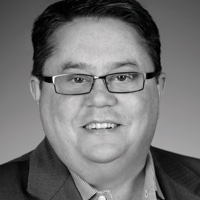 Mr. O’Connor is the co-founder and CEO of Rainmaker Worldwide Inc., having brought more than 25 years of operational, corporate finance, business development and corporate governance experience to the organization.

In 1998, O’Connor joined Orascom Telecom in Egypt as a founding executive, leading all business development and M&A activities throughout Africa, the Middle East, Europe and Asia. Between 1998 and 2008 the company grew from 250,000 mobile subscribers in Egypt to more than 125 million subscribers across 10 countries, with 100,000 employees. In 2008, O’Connor returned to Canada as one of the founders of Wind Mobile. Wind Mobile grew to more than 1 million subscribers and 1,000 employees. Now known as Freedom Mobile, the company was acquired by Shaw Communications Inc. in March 2016 for $1.6 billion.

O’Connor began his career at the Economic Council of Canada before becoming the Director, Center for Economic and Financial Analysis at Science Applications and International Corporation in Washington, D.C., an international consulting company in the U.S.